After the body was removed and set outside on stands, the chassis was negotiated onto the lift with a forklift. Once on the lift, everything that needed to be gone through was removed. Unfortunately, not only was the vent line missing from the front differential, so too was the fitting itself. This essentially made a funnel for water to infiltrate the front differential. 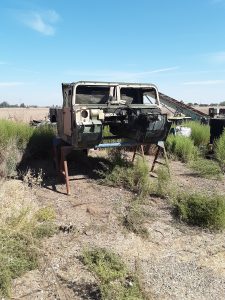 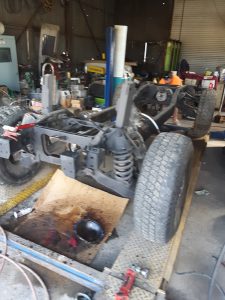